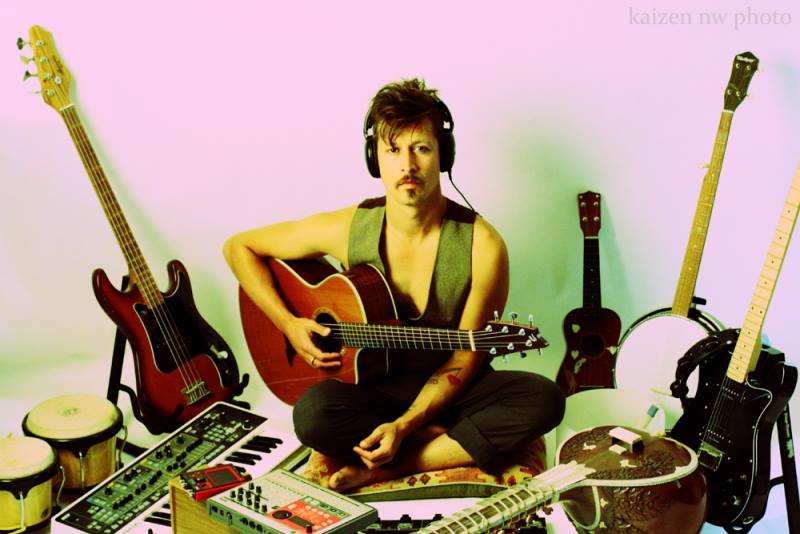 Join us on our outdoor patio Saturday, July 6 for Tony Smiley! Doors open at 6pm, show starts at 7pm. Our shows are all ages. 4th of

Join us on our outdoor patio Saturday, July 6 for Tony Smiley! Doors open at 6pm, show starts at 7pm. Our shows are all ages. 4th of July weekend + a sunny outdoor patio + the one man Loop Ninja = a great time!

Since 2000, Tony Smiley has captured audiences with raw rhythms of all live looping. This musical savant loops his way through a unique genre of music that you won’t find anywhere else. All with a witty, engaging, and energetic stage presence. His cosmic dance of electric melodies range from rock, hip hop, reggae, tribal fusion, 80’s and everything in between, with a dash of Mongolian throat singing and beat-boxing have earned the loop ninja a cult like following that repeatedly embarks on his musical journey. Creating each track with a raw and primal pulsating connection between rich rhythms and passionate lyrics.

The songs of Tony Smiley are a tantalizing ride through electro acoustic music that will cause your musical senses to rise. During the experience you can expect original soul bearing songs, improv crowd pleasers, and creative cover mixes. As he loops his way through a set he builds the audience’s anticipation by using, keyboards, drums, guitars, tambourine, vocals and beat box sounds through Boss Loop pedals. His songs are original, groove-laden works of art. The loop ninja will “completely make you a believer.” (Andy Summers, guitar player for the Police)

Currently, Tony Smiley can often be found laying down progressive loops with hip hop roots in the Pacific Northwest. If you would like to experience the sounds of Tony Smiley follow him on FaceBook, YouTube, Reverbnation and Sound Cloud and most importantly.. come to a show!!!